Abstract:- A meteorite crater field in Southeast Germany, the Chiemgau region, comprises more than 80 craters scattered in an area of about 60 km x 30 km. The crater diameters range between a few meters and 600 m, forming one of the biggest known areas of Holocene meteorite craters. The prehistoric Chiemgau meteorite impact exhibits the extraordinary situation of a catastrophic impact layer being embedded in an archaeological stratigraphy and containing itself artefacts. Combination with OSL and radiocarbon dating results in a dating comparably precise for prehistoric impacts, namely ca. 2000-500 BC, i.e. the Bronze/Iron age. Given the large dimensions of the event with making at least all northern Eurasia eyewitness of the impactor and secondary effects having been remarkable in many parts of Europe, the question of its cultural consequences arises. Cultural downturns documented for the period in question stimulate speculations about disastrous cultural effects of the meteorite impact. But despite of the relatively good dating and the fact that the affected region is archaeologically well recorded, recently it is not yet possible to decide on such a connection. On the other hand the Chiemgau meteorite impact has been argued to be reflected in the classical myth of Phaethon, the son of Helios who performed a disastrous ride with his father’s sun-chariot and crushed the vehicle. The Chiemgau meteorite impact serves as an outstanding example for demonstrating the chances and limitations of verifying the cultural consequences of a prehistoric meteorite impact including its potential reflection in a myth. 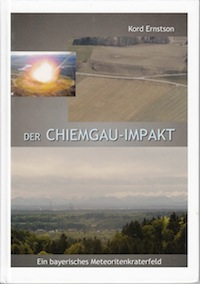 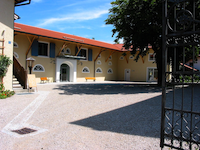